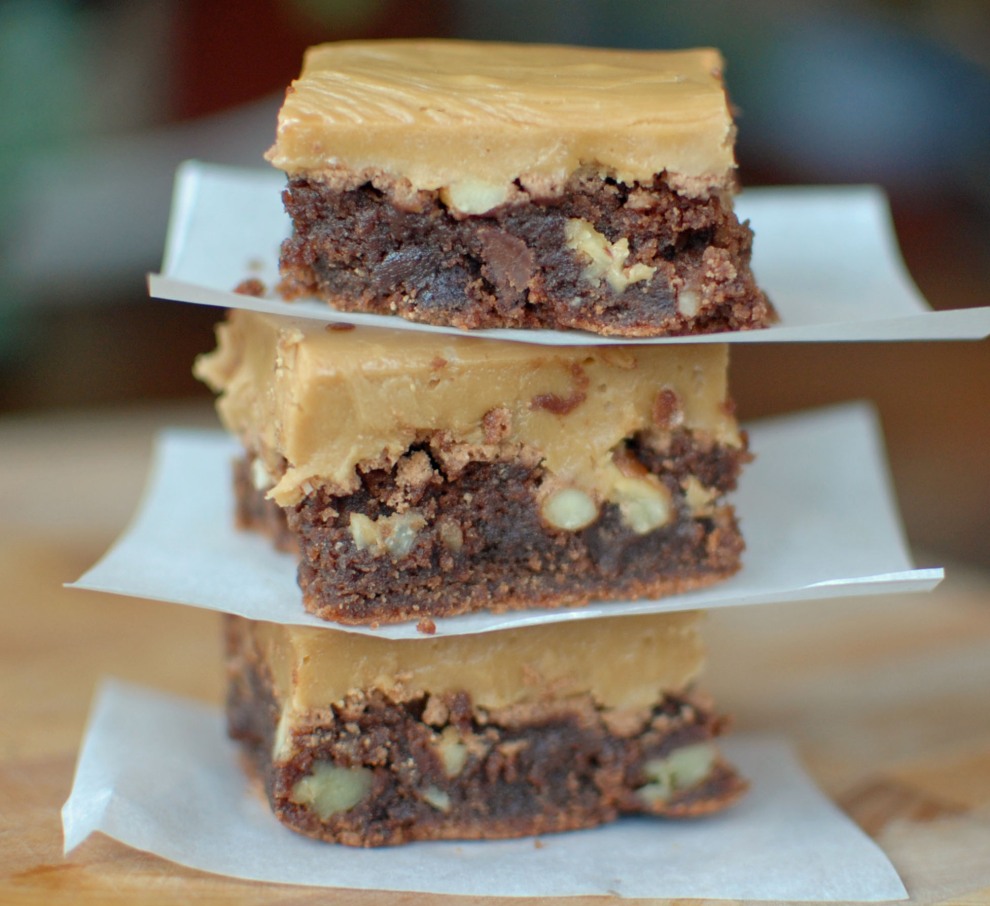 These could be the best brownies that you have ever had.  They are chewy, chocolaty, nutty, and absolutely out of this world!  With the added caramel frosting it puts them way over the top.  I will confess that at first I did not have such good results with this recipe.  In fact, it was rather dismal.  I get crazy when a recipe does not go like I think it should.  You might say to the point of being obsessive.  Perfection sometimes is my downfall.  I don’t want to settle for mediocre.

In looking for something  a new and exciting recipe to share with my tennis team the photo of these brownies in my 2006 Southern Living Cookbook would not stop dancing in my head.  I made them, but not with the results that I had anticipated.  I did take the less than perfect brownies to my tennis match and one of our opponents walked over to GI Joe and me blubbering ,  ”  I just want to tell you that after eating these brownies, I would like to marry you.”   So then I was on a mission to make them perfectly!   By the way I could have been this guy’s mother. 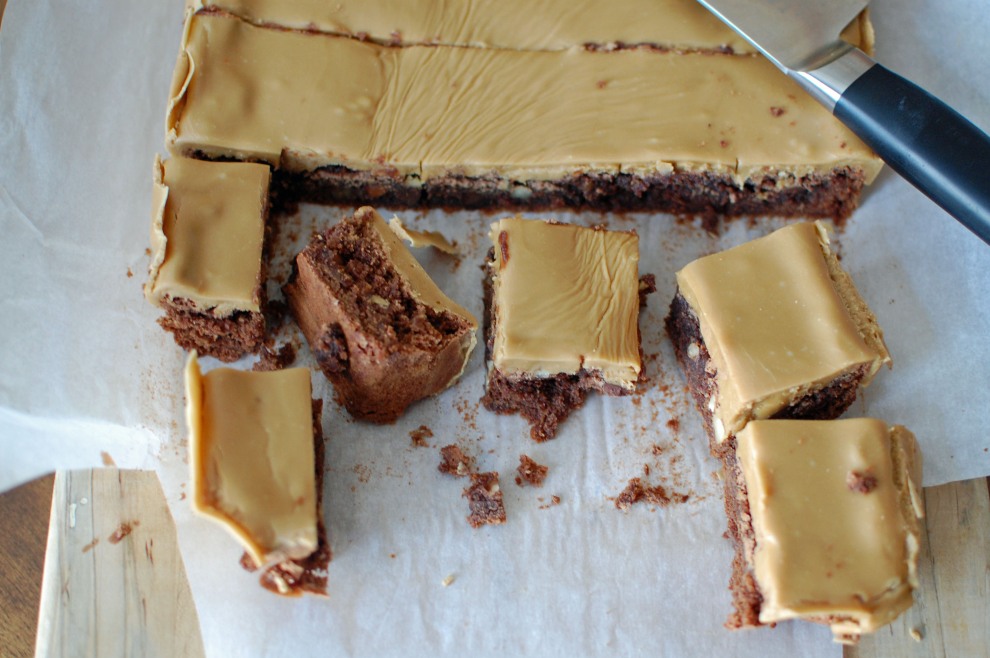 The perfect results eluded me for a couple of tries, but then there it was the most magnificent brownie ever!  Why the problems?  I was scratching my head trying to figure it out.  First I turned down the temperature and cut five minutes from the original recipe which resulted in the moist and chewy brownie I wanted to put in my mouth.  The frosting had me really rattled.  I hate cooking anything that resembles candy!  I switched the white sugar for a more flavorful brown sugar and used a candy thermometer to cook the mixture just to 234 degrees.  I quickly took it off the heat and using an electric mixer increased the beating time to 14 minutes.

Just between you and me.  I like the brownies without the caramel frosting, but six out of seven Family and Consumer Science teachers thought the icing was a hit!  I guess that I am out numbered. 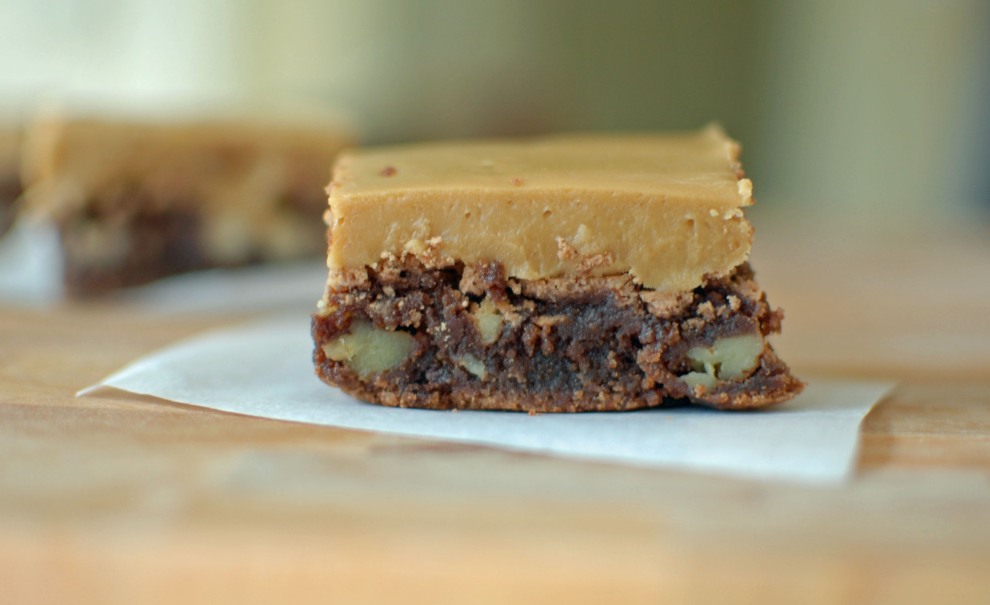