I have to be honest with you when I read about this black bean soup here I was skeptical about the preparation of the dried beans.  In every textbook and cookbook that I have read dried beans are always soaked before cooking.  And I must admit that I have had my share of trouble preparing dried kidney beans to the point that I will not prepare them in a slow cooker.  After some research I have found that dried kidney beans react with acid in tomatoes and will not soften even after cooking for days.  However this apparently does not  apply to other beans.

This is the most flavorful Black Bean Soup that I have ever had. Hands down!  So much so that I have prepared it twice in the last two weeks.  What make it even better is that there is very little preparation.  The soup is ready in  three and half hours.  Yes!!  It is the truth.

My slow cooker is a 6 quart Rival.  It cooks faster than my older version.  Adjust the cooking time according to your slow cooker.  But by all means try this recipe because it is so good that you will want to eat all of it at once.  Save some for the next day, it is even better after refrigeration. Remember that I was a non-believer at first!  The black beans need no soaking. 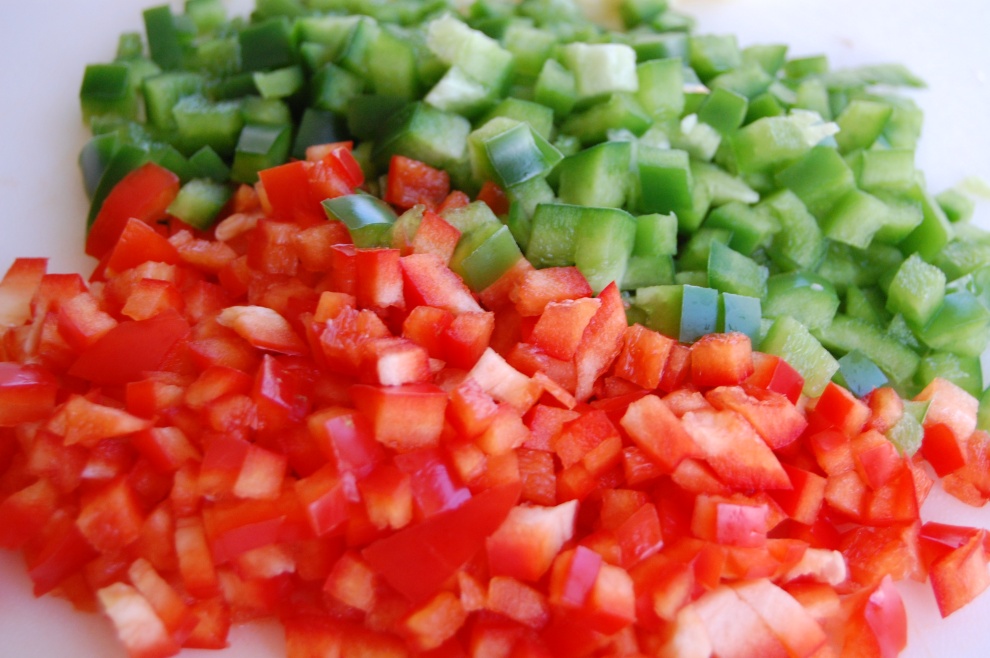 After peppers and onions have cooked for about 8 minutes add garlic and cumin.

Rinse 1 pound of dried black beans.  Throw it all in a slow cooker and add 7 cups of hot water.  Cook on high for about 3 hours or longer.  Here is the soup and the recipe.

Heat olive oil in large skillet over medium-high heat.  Add onions and both bell peppers and saute until beginning to brown, about eight minutes.  Add garlic and cumin: stir one minute.  Transfer mixture to a 6-qt slow cooker.  Add beans and chipotles, then 7 cups hot water.  Cover and cook on high until beans are very tender, about 3 hours. ( Can vary according to your slow cooker)

Transfer two cups bean mixture to bowl and puree with an immersion blender or a blender.  Return the puree to the slow cooker.  Stir in lime juice, salt, and pepper .  Ladle soup into bowl.  Spoon dollop of toasted cumin cream over the soup.

Place the cumin in a small sauté pan over medium heat.  Toast until lightly golden brown.  Place in a spice grinder or mortar and pestle and grind until coarse.  Stir into cream and season with salt and pepper.