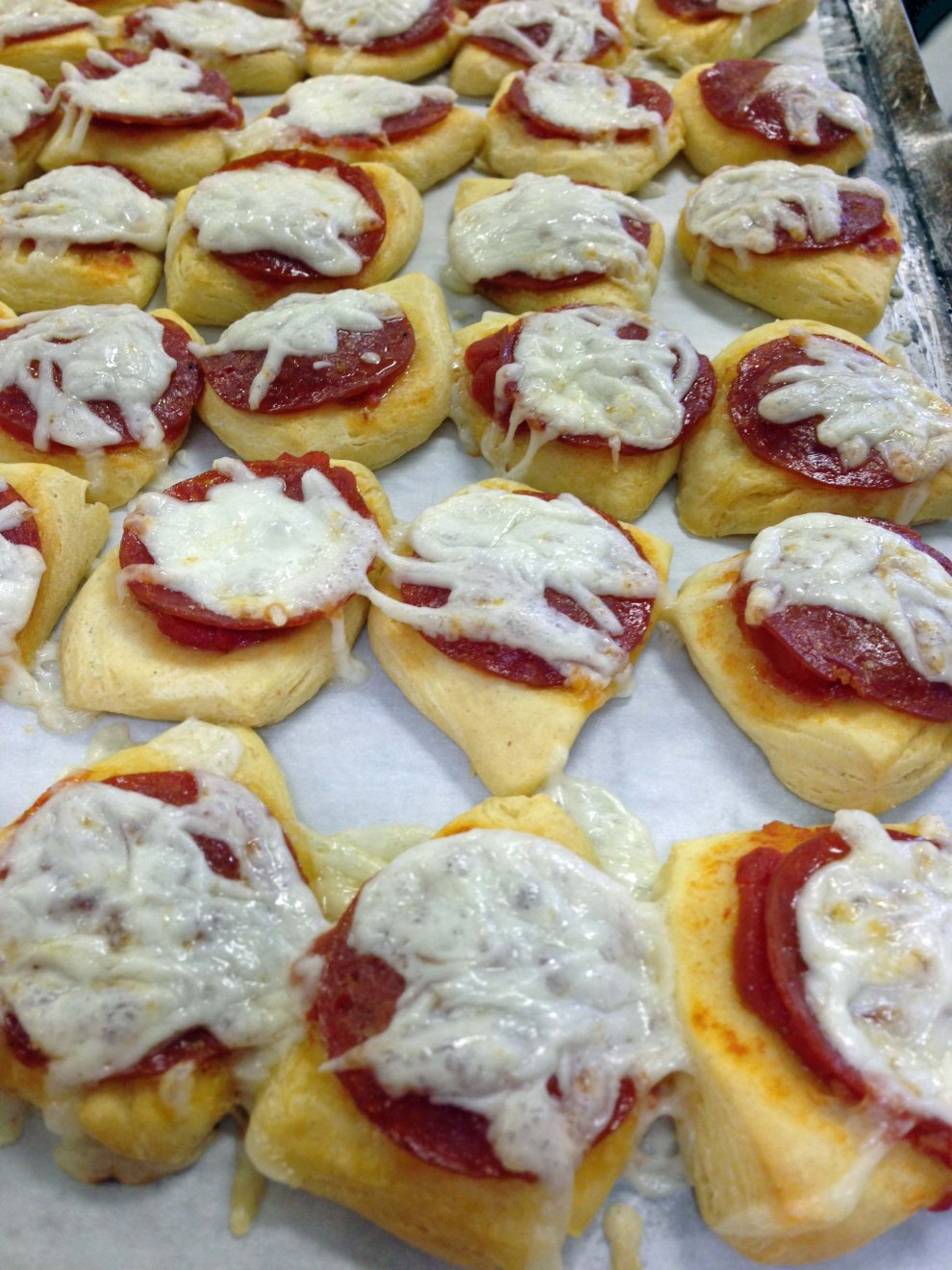 I’m so glad that I tried this recipe at home before making it for 130 students.   So many things can go wrong even with the simplest of dishes .     After taking a closer look at this I discovered that one of the pepperoni balls has 350 calories. Well, that may be fine and good for my swimmers and football players but for the average person that’s not what I would like to encourage as a snack. With that said I set out to reduce the calories by cutting the serving size to 80 calories. The original recipe called for an entire biscuit. I cut each biscuit into quarters and proceeded with the original recipe. It really came out beautifully, but did not have the pizza punch that I wanted and it  was a little time-consuming.  So I used a recipe from the dark ages and my students thought it was genius. I couldn’t believe that only two or three had made small pizzas using biscuit dough. They all said , “Why would we make them when we can just buy frozen pizza pockets at the grocery store? ” Now they can create their own pizza appetizers and control the ingredients.

Here’s  the original recipe .  Pretty, but didn’t meet quite have the flavor.  It was more bread than anything.

Directions:
1. Preheat oven to 425 degrees.
2. Cut each biscuit in quarters with kitchen shears or a knife.
3. Using the bottom of a glass flatten each biscuit and place on a cookie sheet lined with parchment paper.
4. Top with about a teaspoon of pizza sauce, piece of pepperoni and cheese.
5. Bake for about 10 minutes or until brown.
6. Serve hot.