Everyone that I know loves the Original Banana Pudding recipe that’s posted on the side of most Nabisco vanilla wafer boxes and that’s the one that I usually make.  It is the one that I used in my classroom for our last lab of the year, but with a deterrents thrown our way I was not sure that we could pull it off.  With a fire drill and advisement making the class almost too short to have anything but a glass of milk with vanilla wafers and sliced bananas I had to come up with something or just ditch the lab altogether.  At the last-minute I decided to try speeding up the custard by using the microwave.  It worked perfectly for me —TWICE!  Seven minutes is all it took and that really beats standing over a double boiler for about thirty minutes.  Which meant that my classes could get their Banana Pudding in the oven in less than an hour and still have time to enjoy it in the classroom.

To get this perfectly straight I did start the custard in a double boiler for about five minutes until all of the ingredients were very well mixed.  Then I  popped it into the microwave.  My glass double boiler made it even easier.  No transferring to another bowl.  Now to make a very long story short only four out of the eleven groups had great custard.  The rest unfortunately were lumpy.  That did not deter them from eating the pudding.  In fact after layering the custard with cookies and bananas you could not tell in the least that it was lumpy.  The moral of the story – if you choose to shorten the cooking time  by using the microwave make sure that all the ingredients are completely mixed.  As a backup  stop the cooking process every two minutes and stir well.

Now back to the new recipe.  My students absolutely loved it.  They raved that the Banana Pudding Pie was so much better than the original.  The custard recipe is almost the same.  Maybe a little richer with a few more eggs.  I think that the crust makes a huge difference.  It is made from almost an entire box of vanilla wafers with the addition of a stick of butter.  Yes, that’s correct an entire stick.  It is just over the top!

A few side notes to think about when preparing this recipe:

Make the crust first with cookie crushed in the food processor and 1 stick of melted butter.  Bake.

This is the crust after baking. 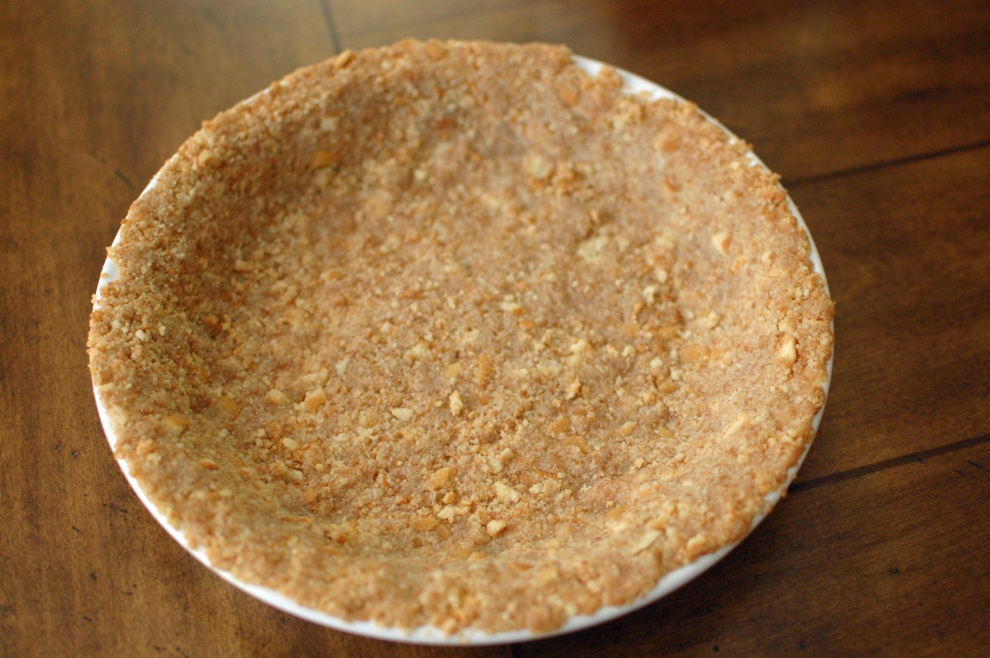 Milk, eggs, flour, and sugar in a sauce pan.  Cook over medium low temperature for about 40 minutes or until thick.  Your cook top may vary wildly from mine and it could take less time to thicken.  I started timing as soon as I put the saucepan on the range.   Just be sure to watch this carefully as it will scorch in no time.

Pudding should look like this when ready to remove from heat.

After the crust as cooled for 30 minutes  place a sliced banana in the bottom. 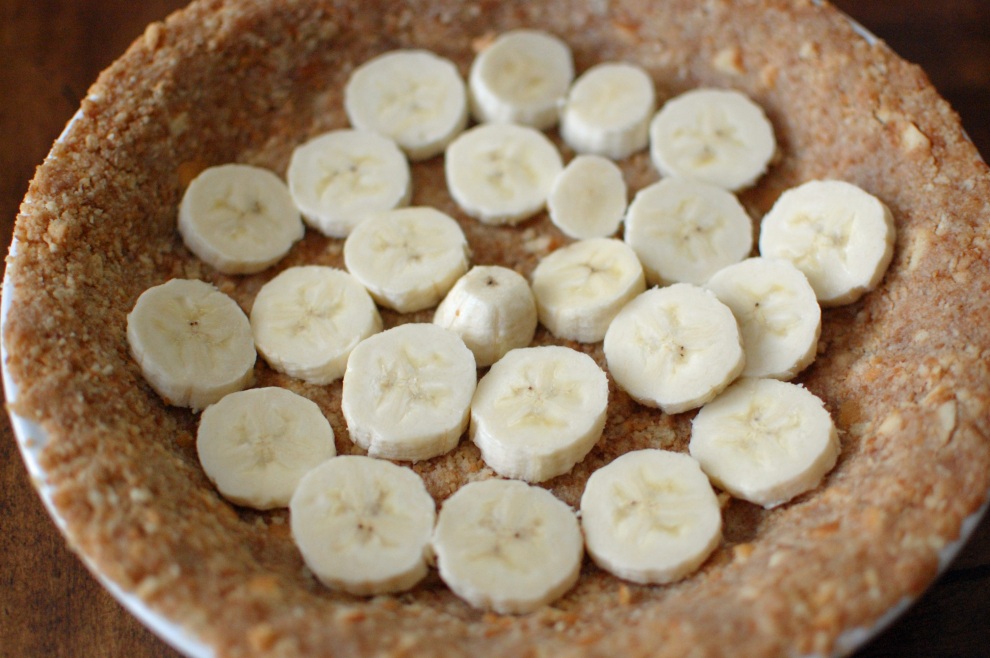 Add 1/2 of the custard and 1 more sliced banana.

Pour the rest of the custard on top.

Then add the beautiful meringue.

Here is the meringue piled on top.

Swirl the meringue with the back of a spoon. 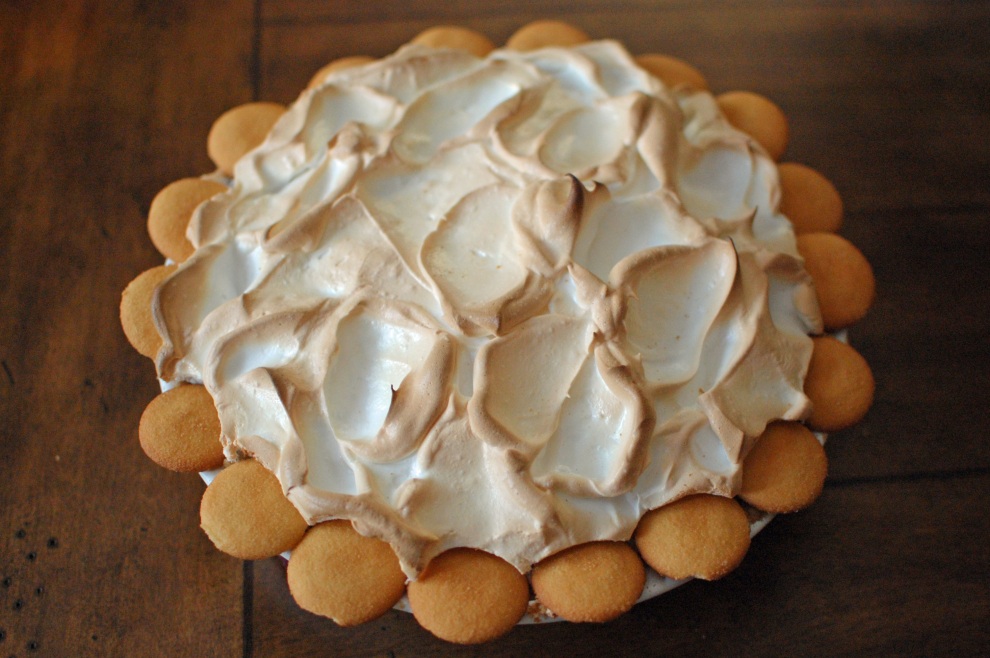